Phil Mitchell is a composer, author and musician hailing from Chicago and started writing songs at a very young age. He writes music in an eclectic range of genres including jazz, classical, RnB, rock, blues and country.

He formed the Phil Mitchell Band in 2004 and they have performed at a variety of venues whilst recording music in the studio.

Their new album, A Better World, consists of eleven tracks.

‘My Love Is True’ is a female sung pop track with a soul/RnB influence which keeps it sounding modern. Musically, it’s a blend of tight, funky guitars and overdriven Rhodes electric piano.

The title track is a James Taylor/Simon and Garfunkel style acoustic ballad with an intimate and heartfelt lead male vocal, counterpointed by female backing vocals. The arrangement gradually builds to a mid paced groove with some exotic instrumentation that gives real richness and variety to the sonic texture.

‘God Bless this Child’ features some strong vocals by Natasha Shayenne. The ninth track The World Is A Beautiful Place is a change of pace; a toe tapping funk pop track with Nile Rodgers-type slick guitar and some superb drumming. The second section has some adventurous chord changes that show the deep harmonic knowledge behind the songwriting, yet it still works simply as just a very catchy pop track.

This is a hugely eclectic and wide range of songs unified by the artistic vision of Phil Mitchell. The album runs the gamut of human emotions, all expressed through a constantly evolving mixture of genres and styles. The mixture of male and female vocals also adds to the variety. 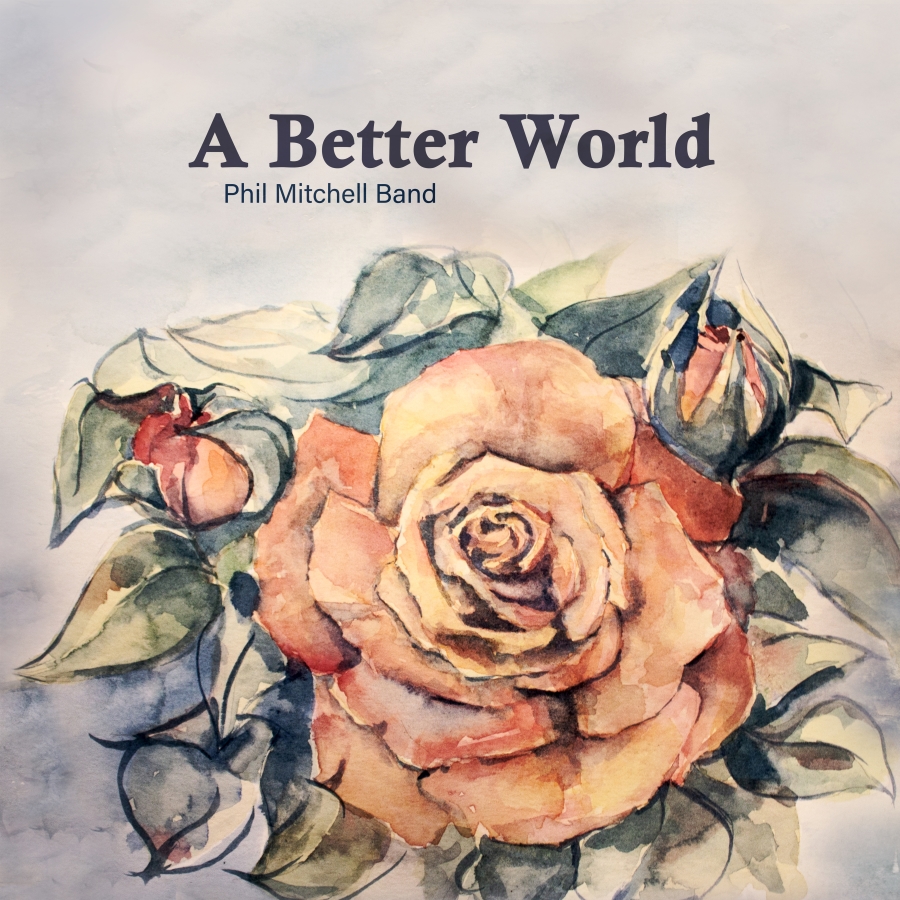