Joe Hodgson is a talented guitarist and musician from Northern Ireland. He grew up there at the height of The Troubles, a time of  systemic violence and huge political and social unrest, eventually finding an escape from it all via music. Joe honed his craft for several years as a band member in local groups before he finally moved to London to take his passion for music to the next level. After dedicating over two decades of his life to writing, recording, touring, and serving as a lead guitarist for various bands, Joe finally decided to launch a career as a solo guitarist.

Joe recently released his debut solo single, “The One that Got Away”, on August 28, 2020. Based on the concept of ‘change is the only constant’, it is an instrumental track written in the aftermath of the break-up of a long term relationship, and it explores the gut-wrenching, visceral effect that this had on him.

Taking his influences from artists like Gary Moore, Eric Clapton, ELO and Jeff Beck, ‘Joe Hodgson’ releases a majestic, distinctive, guitar fuelled rock odyssey with his epic rock treat ‘The One that Got Away’  – Discover Rock

“The song is a reflection of the feelings of longing and regret that I was harbouring at the time”, he says. “The woman in question was also my manager, and it was as if she knew that there was one type of song missing from the album and that by leaving, she would give me a sufficient dose of the blues to drag it out of me. If that was her motive, it was a stroke of genius”.

“The One That Got away” is a beautiful, heartfelt song that takes the listener on an emotional roller coaster ride. The track demonstrates the artist’s astounding music-making skills and a perfect sense of different rhythms and beats. It is a soulful number that will hit you straight in the heart and leave you wanting more.

Joe Hodgson has a broad taste in music. His musical influences include legends like Gary Moore, Eric Clapton, ELO and Jeff Beck. But the artist who initially inspired him to pick up his guitar and create music was Irish legend Rory Gallagher. The first time Joe heard Rory play, he knew instantly that this is what he wanted to do for the rest of his life. He explains, “It was mind-blowing and after that, nothing else mattered to me”.

When it comes to his musical style, Joe is a rock guitar player who incorporates influences from various genres including blues, funk, Latin and jazz. Working closely with renowned producer and Ivor Novello winner George De Angelis for nearly two decades, is something that Joe cites as having played a major part in nurturing and shaping his career.

Joe has recently finished working on his upcoming debut solo album titled “Apparitions”. The album is set to be released on November 20, 2020, and will be comprised of 15 self-penned instrumentals. The album is based on the same themes as his current single, “The One That Got Away”, while also delving darker and deeper into the human psyche.

New York music journalist Justyn W. Brodsky recently commented that “Joe is a musician who can paint pictures and tells stories with his guitar”. This is a statement that everyone can surely agree on.

Listen to the single “The One that Got Away” now on Spotify.com. 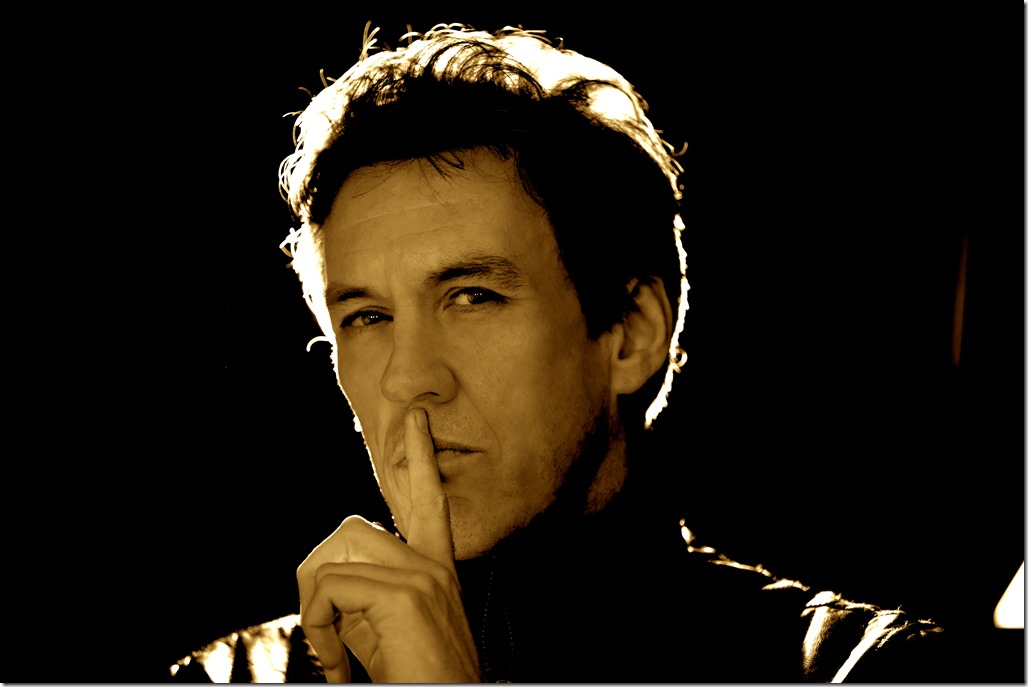 While Northern Irish guitarist Joe Hodgson is an accomplished student of the bluesy hard rock he grew up on, it’s his ability to transcend the genre and use his instrument to paint pictures and tell stories that makes him such a vital artist. His compositions are influenced not only by personal experiences, but also by a love of literature and a deep curiosity about the human condition, and are filled with stirring melodies that can evoke the listener’s deepest emotions.

Growing up in rural County Tyrone, Northern Ireland at the height of The Troubles, music provided a young Joe with a way to temporarily escape the bleak circumstances around him. His love of guitar was ignited after discovering Irish blues legend Rory Gallagher, and shortly after he managed to procure his first instrument, a battered old second hand Woolworth’s Top Twenty guitar. The day that changed Joe’s life for good though, was when he saw another Irish great, Gary Moore, play at the UK Monsters Of Rock Festival. Joe recalls, “I was blown away by the sheer brilliance of Gary’s playing on every level, and from that moment, all I wanted to do was play guitar”. A hobby quickly turned into a passion, and Joe became obsessed with the instrument, spending all of his free time absorbing the popular hard rock and blues of the day, and gigging around Ireland with his first band Steel Claw. 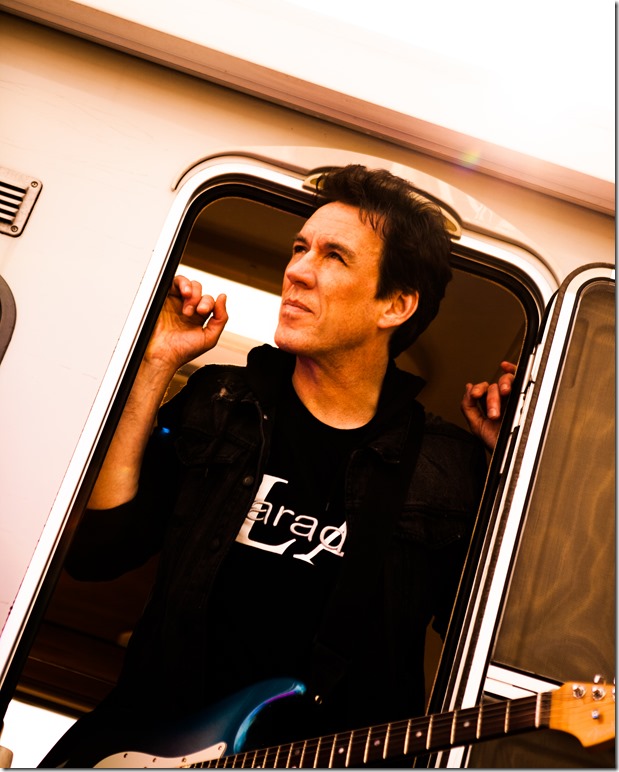 When the band split up, Joe moved to London where he integrated himself into the city’s thriving indie scene, spending the next two decades writing, recording, touring, and playing lead guitar in various rock bands, releasing numerous albums and singles along the way, and collaborating with an eclectic mix of songwriters on varied musical projects.

During his time in London, Joe worked closely with legendary producer and Ivor Novello winner George De Angelis, who he cites as a major influence on his career, “George took me under his wing and I learnt so much from him about songwriting, production and music in general. He’s a genius and I am very lucky to have met and worked with him”. Joe also embraced the sense of liberation and independence that living in London brought, and it also helped him hone his musical chops; “London changed, challenged and broadened my whole view of music; it forced me to grow up musically, and I quickly realised that touching people’s emotions is far more important than dazzling them with technique”. Joe’s musical explorations led him to branch out and incorporate elements of funk, jazz, and experimental music into his playing, laying the foundations for his future career as a solo guitarist. 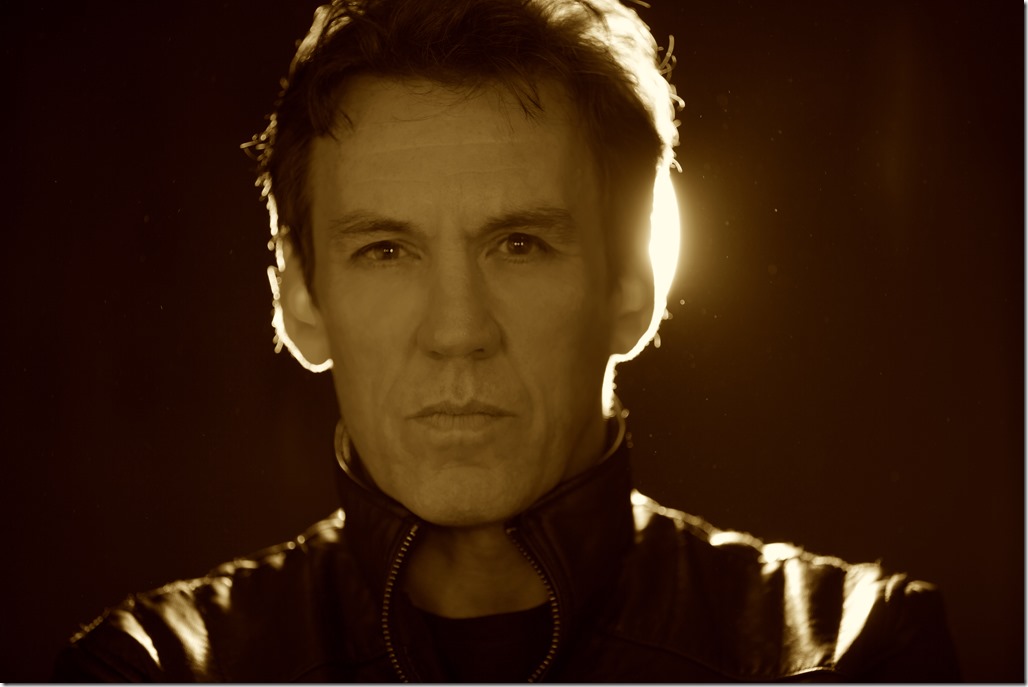 After returning to his native Northern Ireland to nurse his terminally ill mother in her final years, Joe began embracing the spiritual nature of music, composing melodies and themes that helped him find peace, solace, and hope in difficult times. “It was soul destroying to see the person I loved most in the world just wither away in front of my eyes, and it had a profound effect on me and my music. The break up of my relationship shortly after, really was the proverbial double whammy, but playing guitar proved to be my saviour. It was incredibly cathartic and it saw me through some dark and difficult times”. The resulting debut solo album, ‘Apparitions’, inspired by his Mum’s favourite W.B. Yeats poem, and dedicated to her, is a meditative and soul-searching collection of instrumentals, full of evocative melodies and atmospheres, that delivers everything from delicate, mournful slide playing to fast and furious gunslinging guitar rock, and everything in between.

The overarching theme of the music is incorporated on the album cover, and as Joe explains “It’s about how nothing ever stays the same, everything changes or decays; lives are lived, and love is lost, but looking forward is the one thing we can all do.

Yes, we may have regrets, but hope and optimism are usually only around the next corner”. So, far from being melancholic or overly sentimental, ‘Apparitions’ reveals Joe as a guitarist capable of using his music to provide a soundtrack for life’s most difficult and most triumphant times; a man with the ability to express his deepest feelings using little more than his guitar. 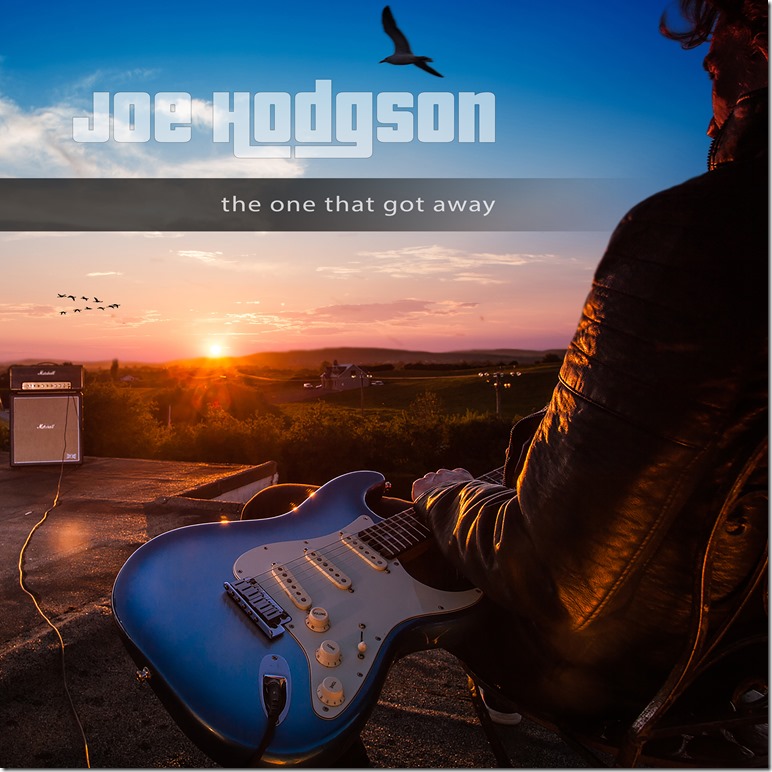